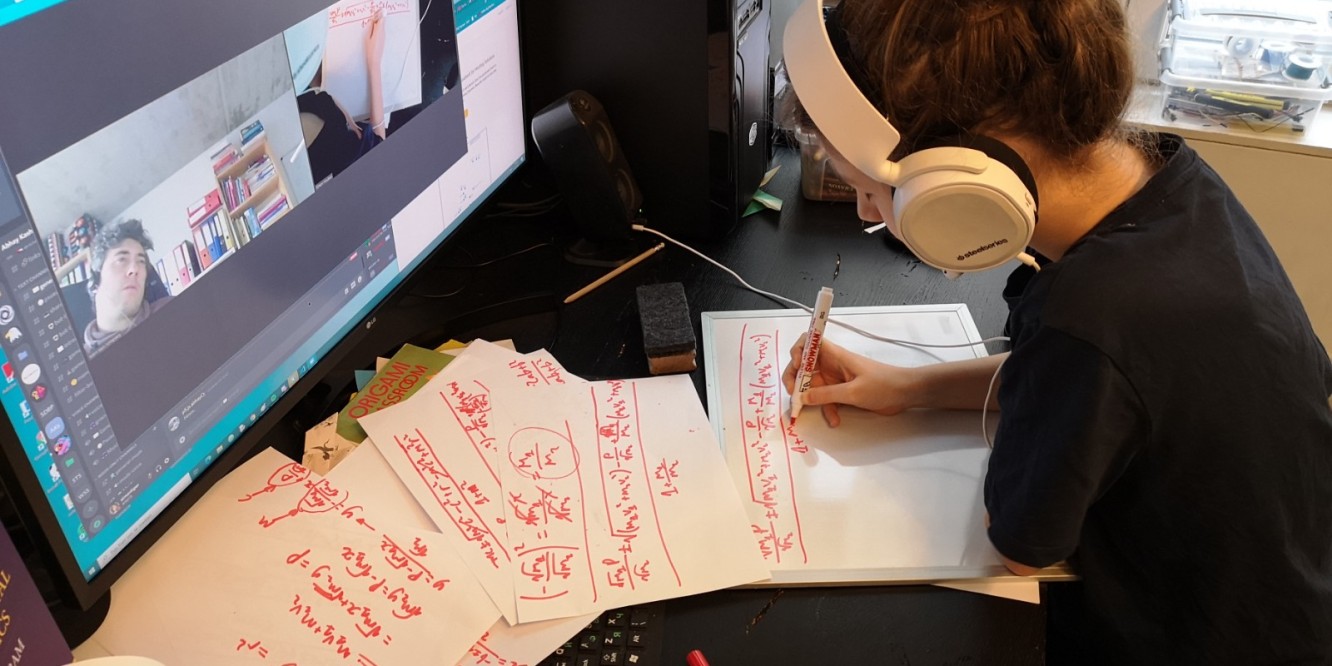 This is Simon’s preferred way of learning math and physics: try to work out the formulas independently. This time it’s the collision formulas which he attempts to depict geometrically. You will ask, why collisions? It’s something Simon often needs to incorporate in his code, like when balls or particles collide in the physics visualizations he makes.

I rearranged the formulae for the conservation of energy and conservation of momentum and I plotted it. I plotted all the points in abstract phase space. every point represents one possible state of the collision set-up.

x is actually not the value I’m looking for. I defined x to be the velocity.

The following day Simon took his calculations to derive collision resolution further during a jamming session with his math tutor/friend Sven. He realized, however, that his eqiations were convoluted:

So Simon went on to read a paper about it:

A couple weeks later, Simon got really excited while reading chapter 10 of Randall Munroe’s How To (How to Throw Things) and got curious whether he could derive the equations of motion (below) and do some dimensional analysis to find units of everything. Neva and I are used to this: Simon taking forever to go to bed and settle in for our nightly bed-time reading only to get up the following instant to grab paper and pens in the living room because he just has this urge to do some more derivations 😉