Simon prepared 100 2D shapes to make over 100 solids yesterday. He started with the easy one that he had built hundreds of times before, when he was much younger (like the Platonic Solids and some of the Archimedean Solids and anti-prisms), but then went on to less familiar categories, like elongated and gyroelongated cupolae and dipyramids! Never heard of a Gyrobifastigium? Take a look below! 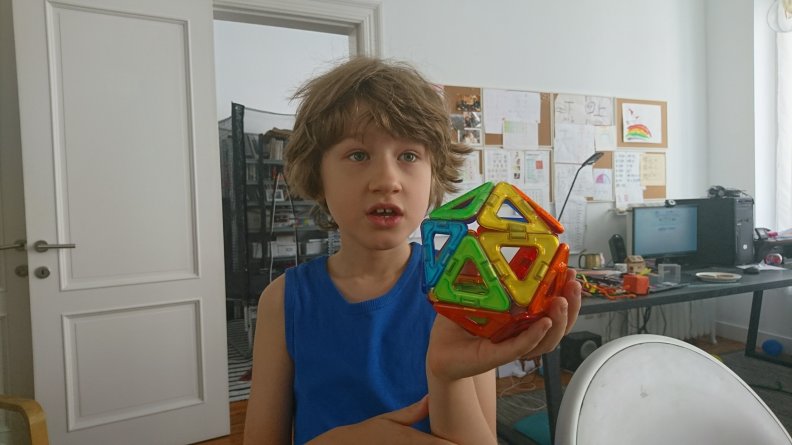 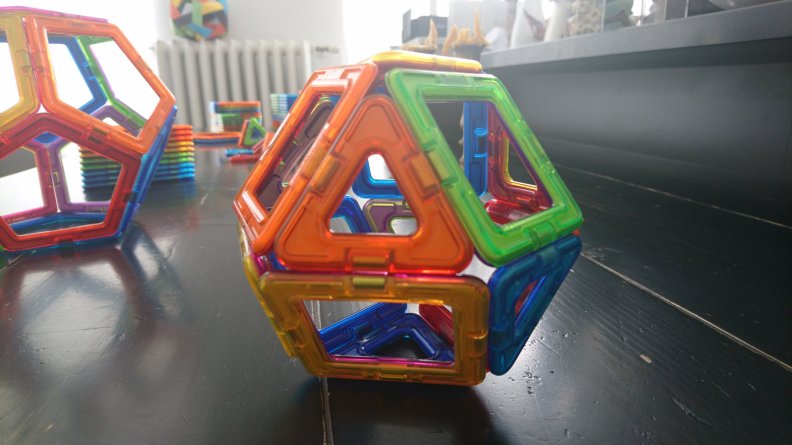 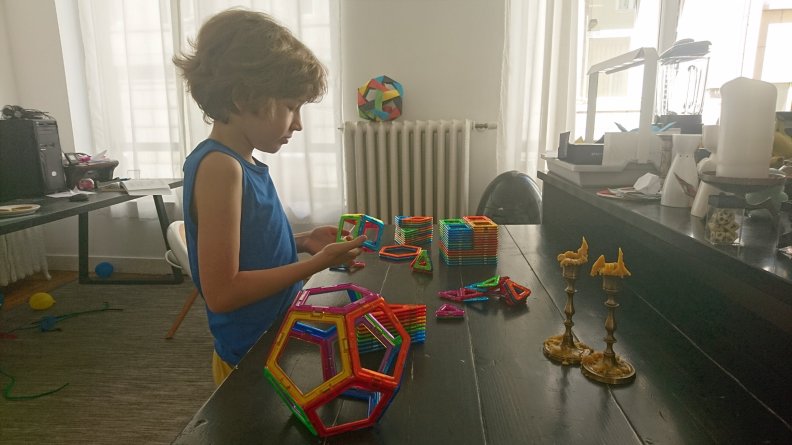 Small Rhombicuboctahedron (by expanding a cube) 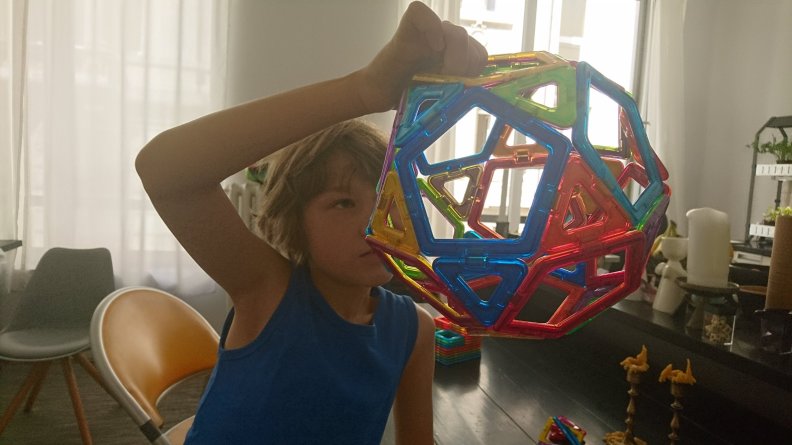 And then came the antiprisms: 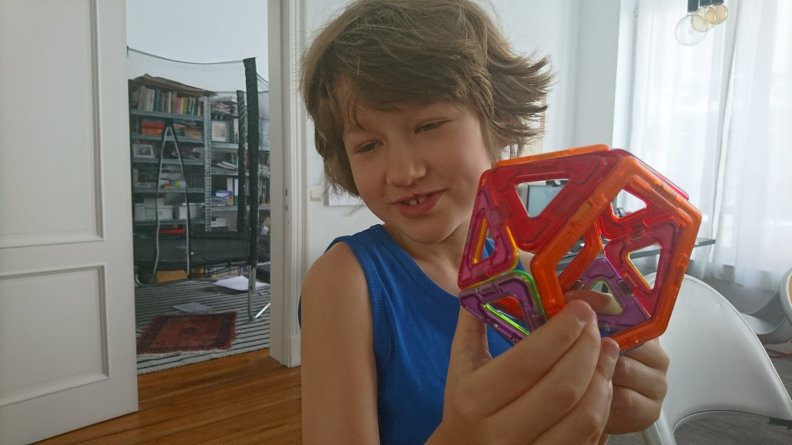 And the elongated shapes: 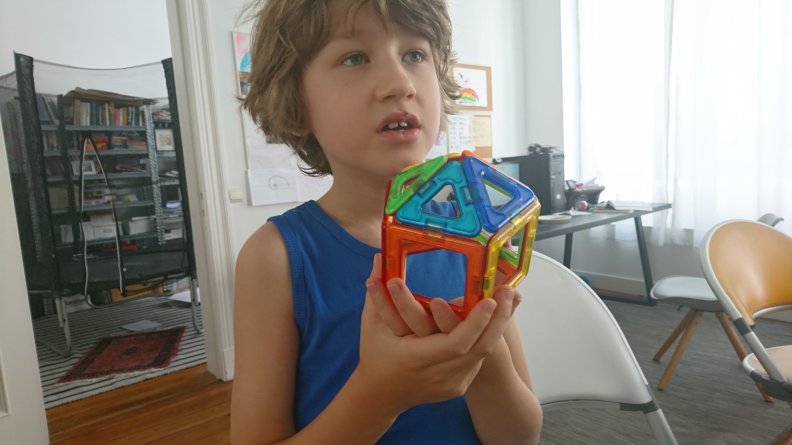 Pentagonal rotunda (half of an icosidodecahedron) 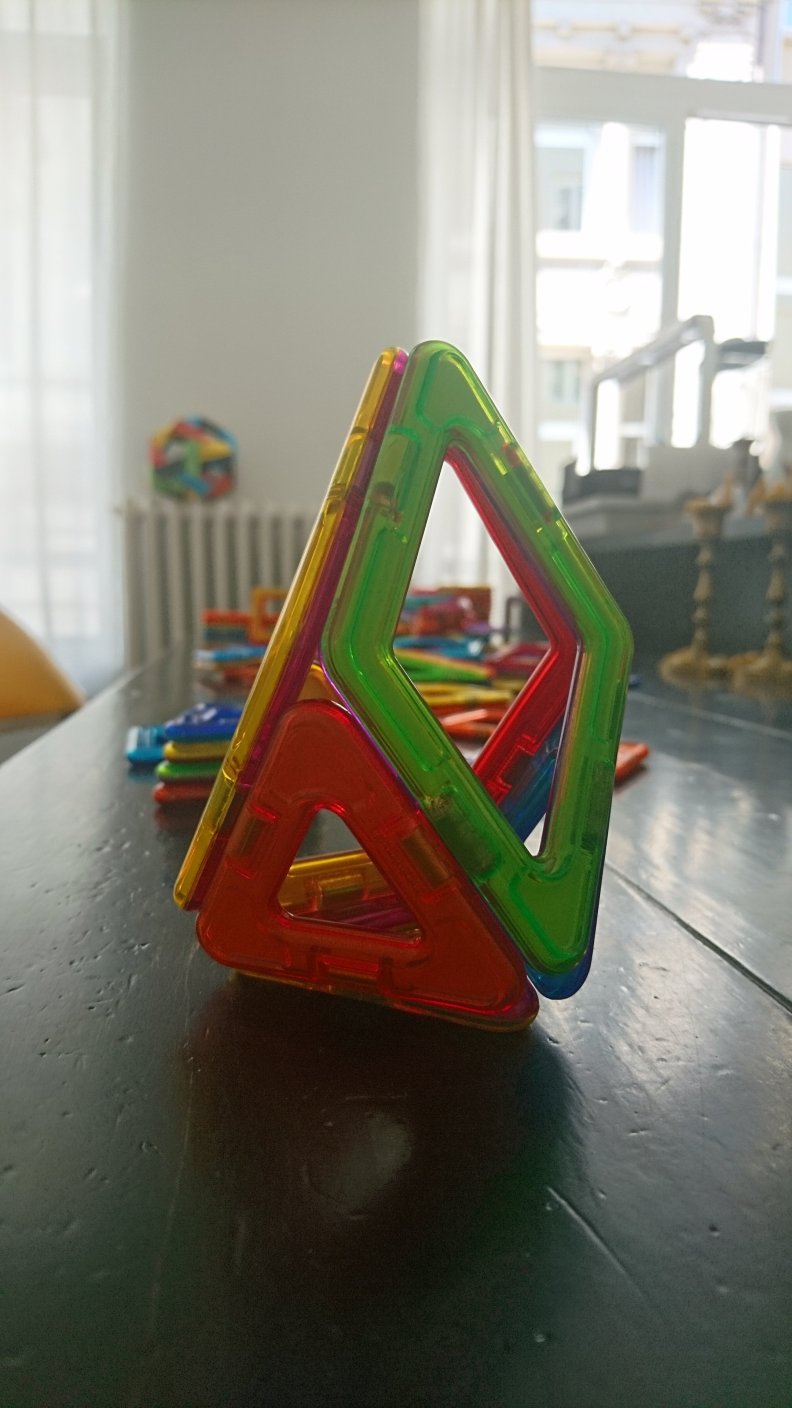 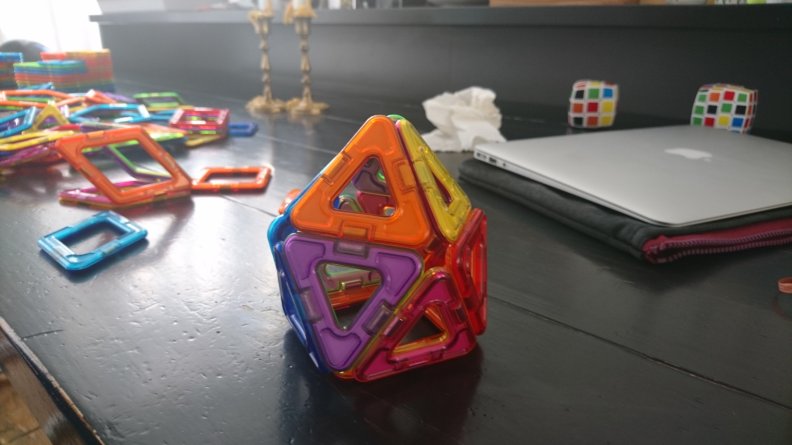 “If you gyroelongate a pentagonal pyramid, it looks like an icosahedron, but isn’t quite that”: 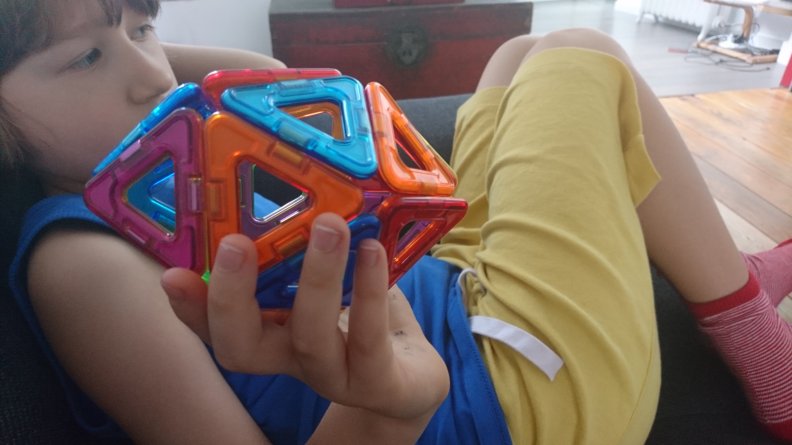 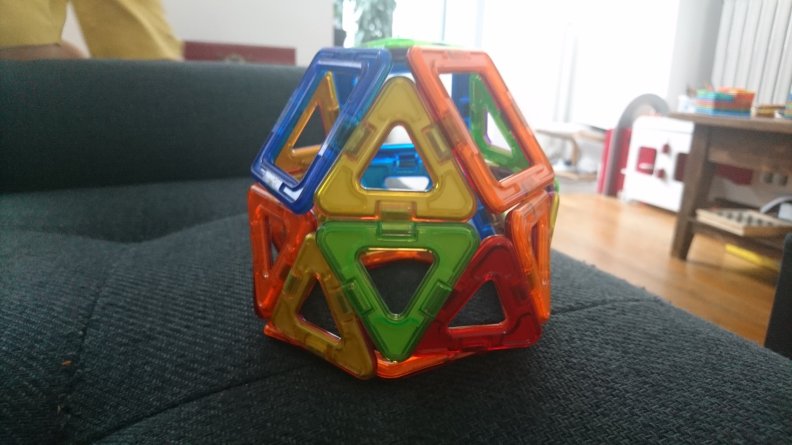 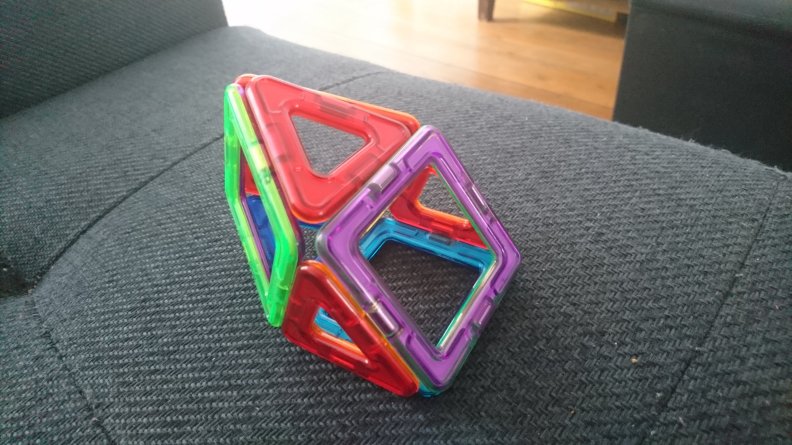 Gyrobifastigium (there it is, you found it!) 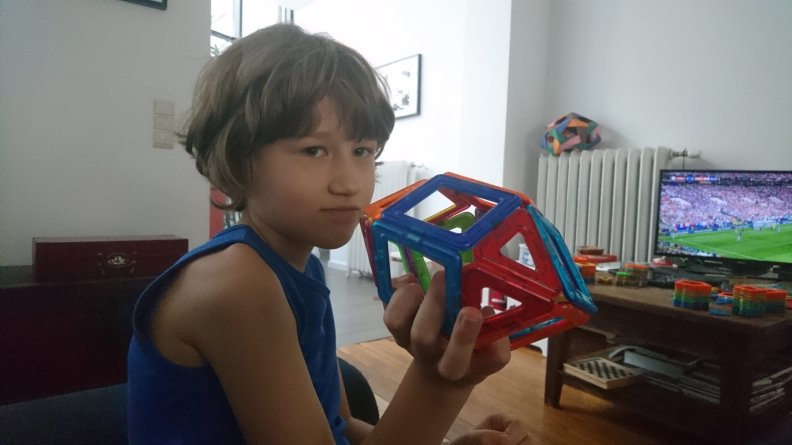 Pentagonal orthobicupola (above) and its twisted variant – pentagonal gyrobicupola (below), looking like a UFO 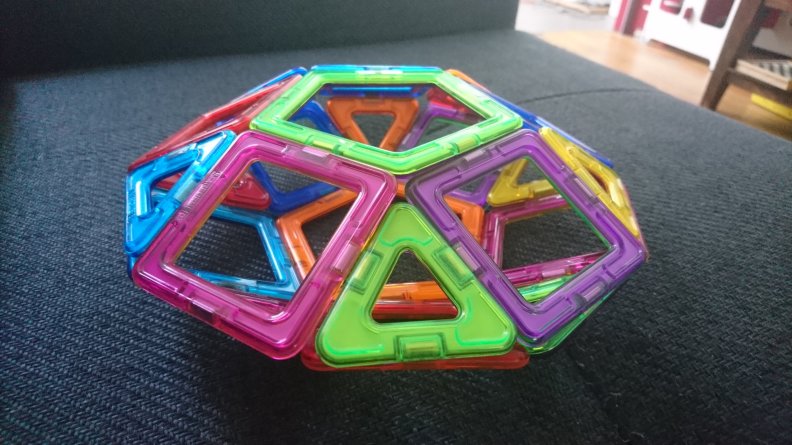